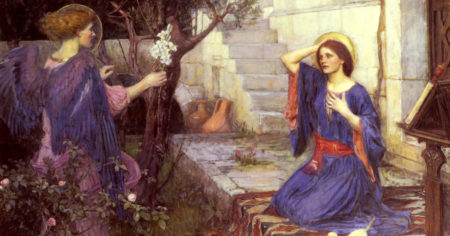 “GIRL POWER” is one of the mantras of our time, a catchy motto from the glossed lips of glamorous actresses, pop music stars, and TV talk show personalities.

This Christmas season, with the end of the first quarter of a new millennium drawing near, it’s worth pondering what Mary, the mother of Jesus, the most empowered woman in history, would think of 21st-century “female empowerment.” 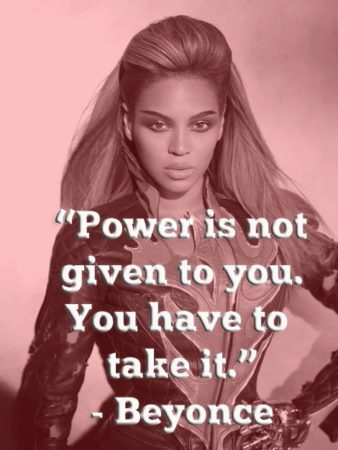 Make no mistake: for Mary, it was literal “female empowerment,” unlike any before or since; certainly not in our time, and not in her own ancient world.

For instance, despite what you hear, there are not parallel virgin births everywhere in mythology and legends. Consider those of Mary’s contemporary Roman empire.

A true virgin birth must be non-sexual. And one does not have to look far below the surface to see the alleged “virgin births” of classical culture are not virgin births at all. 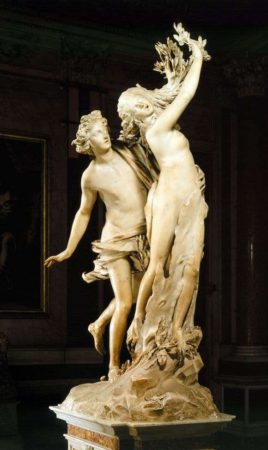 Even if these are divine conceptions, there is some natural-world element involved in the woman’s impregnation (a piece of fruit is eaten, or lightning strikes the mother) that is clearly a material analog/substitute for the introduction of male “seed.” There is nothing spiritual in the nature of the conception.

In something like the ancient Greeks’ “Leda and the Swan,” we are talking something else. There’s a word for it I don’t care to write here, but by no stretch of the imagination does it rank as a “virgin” conceiving.

In sharp contrast, Mary’s impregnation was not sexual at all. The original Greek readers of Luke 1:35 would have understood it as her being “enabled.” Or, like people on TV and social media like to say today, “empowered.” 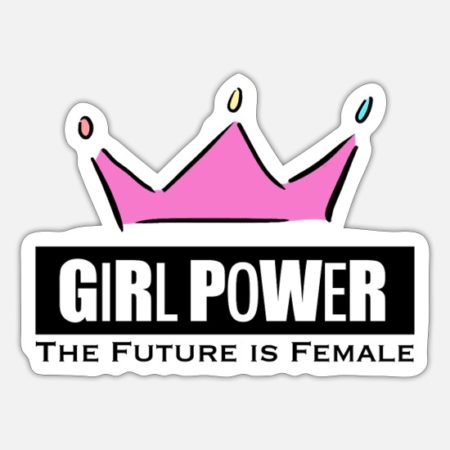 This is not a matter of interpretation. The author of Luke made a deliberate word choice in relating the story he quite possibly got from Mary herself. Here is the verse with the original Greek words:

“And the angel answered and said to her, “The Holy Spirit will come upon (epichomai) you, and the power (dynamis) of the Most High will overshadow (episkiasei) you.”

Epichomai and dynamis are the same words the same author uses in Acts 1:8 when Jesus gives what is known as the “great commission” to the church:  “You will receive power when the Holy Spirit comes upon you, and you will be my witnesses….to all nations.” 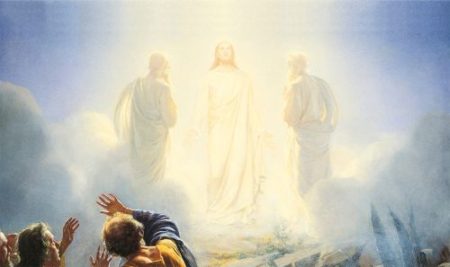 As for “overshadow,” episkiasei means to envelope in a glow of hazy brilliance, alluding to the Old Testament event of God’s direct presence in the cloud upon the sanctuary.

Figuratively, it means “to invest with preternatural influence” (Strong’s Concordance) and is the same word to describe the cloud overshadowing Jesus and the apostles on the mount of transfiguration.

For the record, none of the guys departed the great commission or came back from the mount of transfiguration pregnant.

Epichomai, episkiasei and dynamis are non-sexual words related to receiving a divine investment of supernatural ability to accomplish a task. It is such a powerful endowment that the Greek word has the same root from which we get, in the words of J.J. Evans: 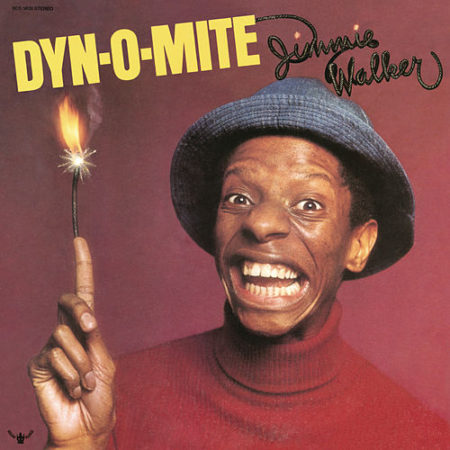 Epichomai is redolent of the Spirit of the Lord in the Old Testament “coming upon” men to grant them authority and wisdom to govern (Numbers 11:16), to deliver from oppression (Judges 3:9; Judges 6:34), to endow them with great physical power (Judges 14:5), and to enable them to speak divinely inspired words (Joel 2:28).

Thus, God “came upon” men like Samson and Gideon to supernaturally empower their masculine natures, such as higher aggression from higher testosterone; superior upper body strength; and the peculiar drive of their gender to protect. 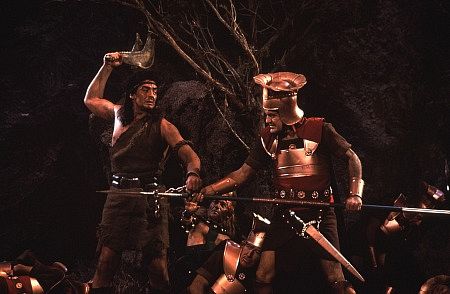 God “came upon” Mary to supernaturally empower her unique nature as a woman. And, in so doing, placed her on equal level with the guys in their particular services. Despite the gender differences in the tasks assigned, these callings shared much. Think about it:

Pregnant before she shared a bed with her husband, Mary had to be as brave and enduring on the home front as a male warrior on a battlefield – to say nothing of her grueling physical ordeal of labor in a world almost 2000 years away from modern medical science!

Now, note how God accomplished his same ends through Mary as a woman that he accomplished through ancient Israel’s men as men: to deliver the oppressed, to speak divinely-inspired words (Luke 1:46-55)…

…and, yes, to govern. Not God’s nation from a male-dominated palace, but God himself as her child in the feminine sphere of the home!!! 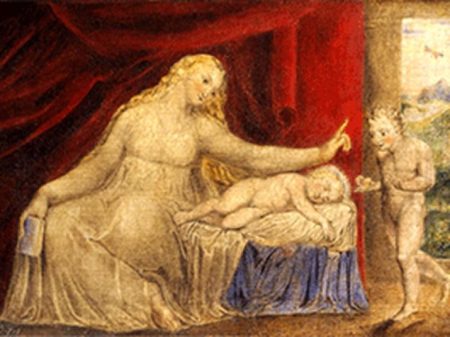 More, while the deliverances of Israel effected by Old Testament male heroes were historically important, Mary’s feminine service brought in a deliverance fulfilling and superseding theirs on a cosmic level.

Of course, no other woman will be empowered for a task like Mary’s. My point is, women have qualities as women that men do not, and God wants to empower those feminine qualities that our current western society’s philosophies encourage the ladies to, quite frankly, despise in themselves.

Instead, it offers a “girl power” that is really “guy power,” as though women don’t have anything within themselves to contribute. They must instead be measured by “the male standard.” That’s pretty insulting to women.

More, it’s usually the worst qualities of men that are celebrated as desirable for the ladies to obtain, such as: centering your self-concept in your accomplishments, always drawing attention to yourself, and making  people do what you want, even if you have to hurt them to make them comply. 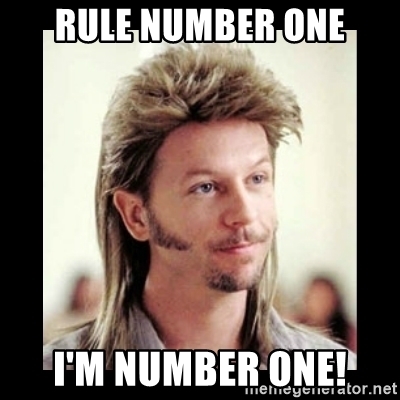 Mary, by contrast, had no ambitions to dominate, or “take power” like Beyonce up there, let alone celebrate what a strong woman she was by punching a dude in the face.

Instead, she demonstrated a strength equally open to women as it was men in her patriarchal culture: the power of self-control.

Make no mistake. Mary had an ego, personal concerns, and her own plans for the future. All of these are legitimate in themselves, and what she was presented with threatened them all.

Nevertheless, Luke only records her reactions as initial uncertainty, awe, inquisitiveness (for which she receives no rebuke), and then her letting go of self. 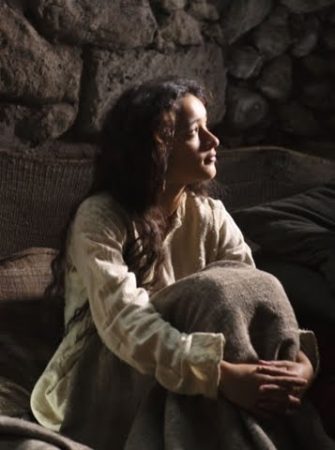 In voluntarily surrendering to a divine power that would sweep her up and cost her what little autonomy her culture allowed her, Mary paradoxically demonstrated, to use another buzz word, “agency.”  And it was hardcore:

Mary embraced that real empowerment does not mean self-service first of all, but service to God and to others. This is true strength for any woman or man. Why do you think so many people choose to go the other way? It’s hard.

What Mary exemplified, her son would become the perfect expression of. Here I speak of him not as God, but as a human being.

One of the most simultaneously mysterious, awesome, disturbing, and encouraging scriptures in the Bible describes the incarnation this way: “Though he were a son, he still learned obedience through the things that he suffered” (Heb. 5:8).

Well. Jesus certainly had a good role model in “learning obedience” the hard way in his mother, didn’t he?

So it is that in the role-call of Biblical heroes, Mary stands shoulder-to-shoulder with the men, where God always meant for women to be, as a woman. As only a woman can.

And that’s something for everyone to celebrate. 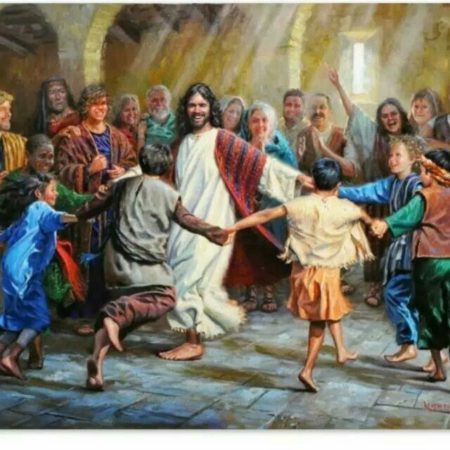 Tags a christian response to mythicists, apolgetics, female empowerment, mary mother of jesus, new testatment studies, pagan christs, pagan virgin births and christianity, the annunciation, the birth of christ, the birth of jesus, the christmas story in the gospels, the incarnation, the virgin birth, was jesus a copy cat?